John Eyers, from the UK, died from Covid-19. His sister shared the story to raise awareness of the dangers of the virus, and importance of the vaccine.

A fit, healthy 42-year-old who loved climbing mountains has died of Covid-19 after refusing to get vaccinated, leaving his family in the UK devastated.

John Eyers,​ who was from Southport, England, was climbing mountains in Wales in the weeks before he contracted Covid-19, his sister Jenny McCann​ said.

Her 42-year-old twin brother died in an intensive care unit in an England hospital last week due to organ failure. He died exactly four weeks after testing positive for the virus, she said.

McCann shared her heartbreaking story on social media, tagging media agencies in her post in an effort to raise awareness of the importance of getting vaccinated.

READ MORE:
* The Backstory: How we fight the fire of misinformation
* Covid-19: The vaccine roll-out explained in 5 graphs
* Covid-19: Dangerous conspiracy theory with the tea bags
* Covid-19: Delta variant appears to be as transmissible as chickenpox – CDC internal report
* ​One every 90 seconds: 3500 jabbed at NZ’s first Covid-19 mass vaccination event

On Twitter, McCann wrote her brother “was the fittest, healthiest person” she knew.

The only pre-existing health condition he had was the belief in his own immortality, she said. Although, in an early tweet on July 4, just after her brother was taken to hospital, McCann said he did have asthma.

“He thought if he contracted Covid-19 he would be OK. He thought he would have a mild illness.”

He didn’t want to put a vaccine in his body, she said. After he tested positive and needed medical care, he was “pumped full of every drug in the hospital. They threw everything at him.”

But eventually, the infection led to organ failure, and he died.

She said her two children have lost their fun uncle – the uncle who would always play with them and dress up as Father Christmas on Christmas Day. While her mum “has lost her baby boy”, and her niece has lost her much-loved dad.

“This shouldn’t have happened. My mum wants people to know about John. For his story to save someone’s life. For pain and loss to drive people to get a vaccine,” she said.

McCann’s social media posts have been liked and shared widely, with many UK-based media organisations, including The Guardian, and the Independent, publishing articles about the family.

Tributes have flowed on social media from Eyers’ friends as well as from strangers who have come across McCann’s story online.

A friend of Eyers’ wrote on his Facebook page, saying he was “the truest gentlemen I ever did meet”.

“An absolute tragic, heartbreaking loss to so many. We are all going to deeply miss John and his love and laughter.”

“John couldn’t have been any stronger, nor any fitter. Covid does not discriminate,” she said.

A bodybuilding fitness competition page also shared a tribute to him, saying he was a big character with a phenomenal physique to match.

“He made many friends from his time competing and will forever be missed by us all.” 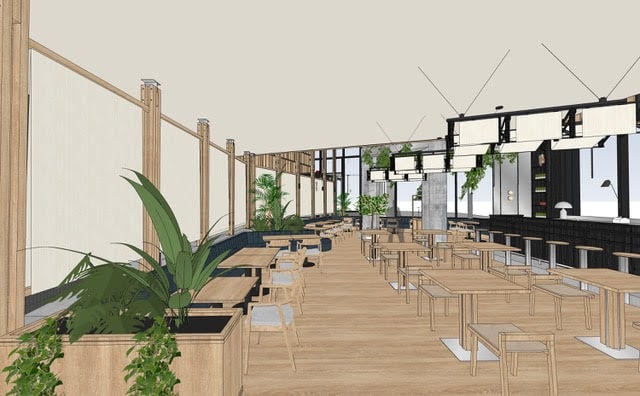