James Beard Award winner and former Canlis chef Brady Ishiwata Williams will launch his veggie-centric bistro Tomo Sept. 9 in White Center. All reservations for the month of September were completely booked in four hours as soon as he announced his opening. (Psst, your next chance to nab a reservation is Oct. 1, when his online reservations go live at 10 a.m.)

The arrival of Tomo — depending on whom you ask — is either a boon for this neighborhood or a sign of gentrification. White Center has been an underserved, diverse community with many immigrants and refugees from Vietnam, Cambodia, Mexico and Somalia. In recent years, bars with pedigree from Ballard and Capitol Hill have expanded to White Center to take advantage of the cheaper real estate in this unincorporated area southwest of Seattle.

But White Center has never attracted such a star as Williams, who was anointed Food & Wine magazine “Best New Chefs” in the class of 2018 when he was at Canlis. After six years at Seattle’s most storied fine dining restaurant, Williams set out on his own this year, and many expected him to plop his flag on Capitol Hill or in Ballard. But the 35-year-old chef said White Center remains closer to his heart — he lives 10 minutes away in nearby Holly Park and “hangs out in White Center” during off-hours.

“I want to open a restaurant in a community where I spend time in,” he said. “It’s a warm … vibrant, diverse community.”

At the 47-seat Tomo, locally sourced vegetables are the star attraction. Diners will have two five-course options ($68): a vegetarian option or the regular menu. Even if you choose the latter tasting menu, meat and seafood will only be minimal, yielding the spotlight to veggies. Williams is working with a farm in the North Cascades to raise duck, turkey, lamb and chicken for his restaurant.

The celebrated chef recruited some former colleagues to join him, including Diana Mata Garcia, who cooked at Canlis and at the two-Michelin-starred Blanca in Brooklyn, New York, to be his chef de cuisine, and his pastry chef is Richard Garcia, who did desserts at Canlis and also worked at the acclaimed Mister Jiu’s in San Francisco.

Speaking of White Center — just three blocks east from Tomo is another newbie: Apsara Palace Restaurant, which does Cambodian and Southeast Asian noodle and rice dishes, including the Khmer fish curry dish Amok.

STK Steakhouse, the chain with locations in Dubai, United Arab Emirates, and on Ibiza, Spain, debuts in Bellevue’s Lincoln Square, aiming not just for the expense account set, but also the party-hearty crowd, with half-off cocktails for happy hour and plans to thump up the volume with DJs at night. There’s also “Date Night” specials with prix fixe dinner (three courses for $69 per person).

Dave & Buster’s will open in the Wilburton Village on Aug. 30, with more than 100 arcade games spread over 40,000 square feet. Its sports bar might be a good place to catch the Seahawks game since Dave & Buster’s boasts a 40-foot high-definition screen for a “stadiumlike viewing experience,” a press spokesperson said. This comes after another popular chain with a young demographic, Kura Revolving Sushi Bar, opened in this mall earlier this summer.

Aqua S, the popular soft serve ice cream chain, lands in downtown Bellevue, offering a colorful array of Asian flavors such as durian and orange fruit tea. (Our reporter Jade Yamazaki Stewart reviewed this international chain along with other new ice cream parlors that opened this summer. You can read it here.)

Tian Fu, which has a location in Northgate, now does dan dan noodles and spicy Sichuan dishes in Bellevue.

The Marketplace at Factoria lands a branch of the Seattle-based Ten Sushi, which already has a fan base among the younger crowd that frequents their locations in Uptown and the Chinatown International District.

In Kirkland, The Village at Totem Lake, which aims to be a major food destination on the Eastside, adds tenants Bok a Bok Fried Chicken, Stack 571 Burger & Whiskey Bar and Taiwanese boba chain Don’t Yell at Me.

Woodinville gets Sidekick Coffee and Antojitos Toxicos; the latter serves ceviche and desserts.

Federal Way scores an outpost of MyungIn Dumplings, a café in Koreatown in Los Angeles. According to Eater, this dumpling house made a cameo appearance on the late Anthony Bourdain’s show “Parts Unknown.”

Sizzle & Crunch, a popular fast-casual rice bowl and banh mi spot in Seattle, expands to Federal Way with a 5,000-square-foot space that includes a commissary kitchen to prep for all three of its branches, including in South Lake Union and the University District. The setup allows Sizzle & Crunch to streamline its food operations to make the chain more nimble to add more franchises. Owner Paul Nguyen hopes to open a fourth branch in Bellevue in the near future. Sizzle & Crunch made our list of best banh mis around Seattle. You can read it here.

The sandwich counter El Cubano in Shoreline has been packed on Fridays and Saturdays. The “classic” Cuban sandwich made our list of the best sandwiches our food critic ate this month. El Cubano is owned by Kim Gianotti and Geordanys Rodriquez, the same couple behind Geo Cuban Bar & Grill in North Seattle.

A block south of El Cubano sits Good Burger, which also does fish and chips and other fried noshes that you would find at a fish shack. But you see the name of this restaurant and you know what to order, right?

In Lynnwood, LASA Sandwiches & Pearls specializes in Filipino comfort food, from a pressed adobo sandwich to sisig-style fries topped with pork, egg, onions, chilis and lime. Two miles south of that sits Q Sushi Bar & Kitchen, which does chicken karaage, poke and other rice dishes in addition to its namesake cuisine.

One Major Side Effect of Drinking Beer, Says Dietitian

Tue Aug 31 , 2021
We’re crazy about beer, especially as the warm weather carries on. It’s an affordable, delicious drink to bring to any party or get-together, and there are plenty of light beer options out there to keep the calories low. We’ve heard a lot about how beer can be heavy in calories, […] 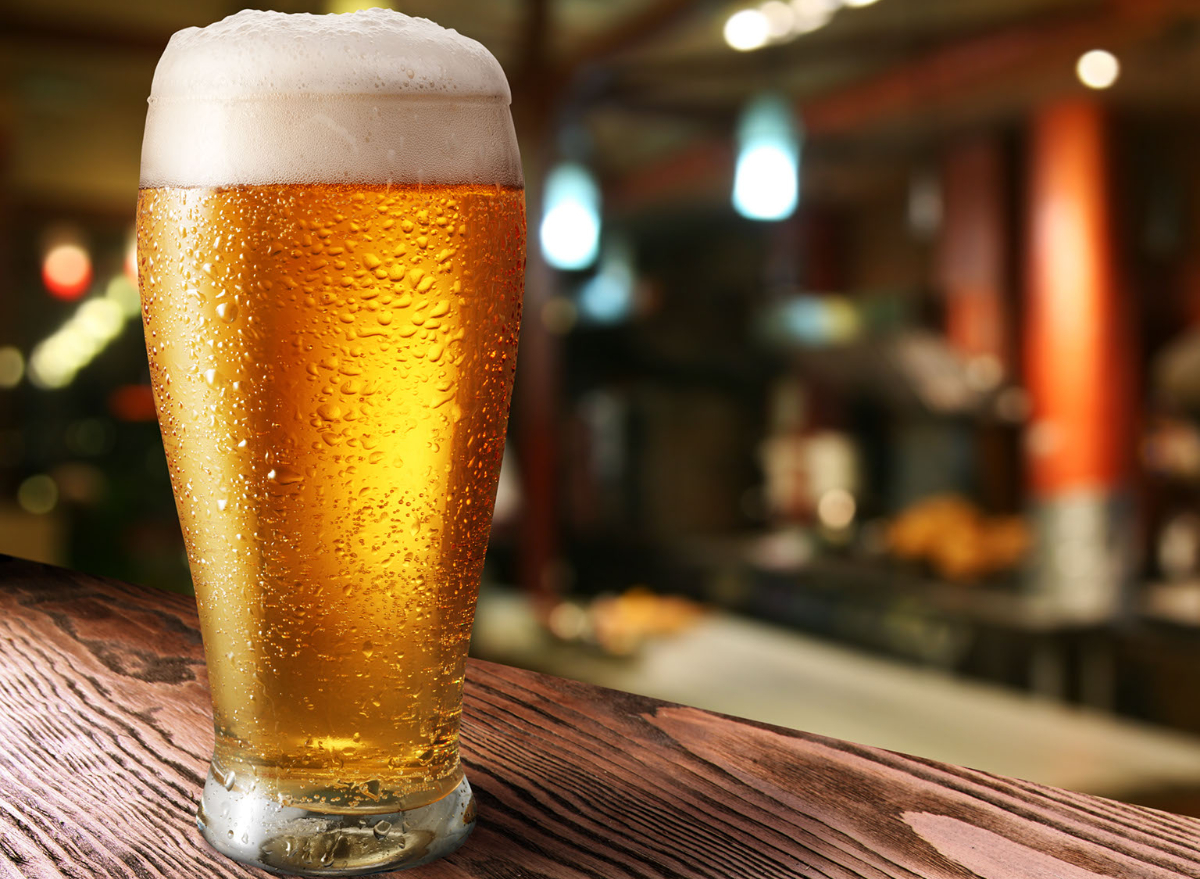