But just under the surface, industry insiders worry that a resurgent pandemic fueled by the delta variant, crippling staffing shortages and soaring business costs will hobble a fragile recovery. Lobbyists and restaurant owners are pushing Congress to pump more money into a relief fund that ran dry this summer after grants were awarded to just one-third of applicants nationwide.

The Maine Diner, on Route 1 in Wells, reopened Friday after a week-long closure triggered when a staff member was infected with COVID-19.

With no public health requirements, owner Jim MacNeill didn’t have to close the busy spot at the peak of tourism season, but he thought getting his staff tested and deep-cleaning the restaurant was the right thing to do.

“If I hadn’t said anything to anybody, we could have maintained normal operations,” MacNeill said.  “I don’t think personally that is the correct thing to do. We are still in the middle of a pandemic and we need to treat it that way. You think life is normal again, but it is not.”

A recent survey from the National Restaurant Association indicated almost 20 percent of adults nationwide have stopped going to restaurants altogether. More than a third have ordered food to go instead of dining out.

But for MacNeill, losing customers isn’t the problem. He’s been busy all summer, but he only has enough staff to keep three-quarters of his tables open. The diner is closed two days a week and stopped serving dinner.

“The labor issue is just awful right now. If someone calls out sick you are screwed – you don’t have the backup manpower,” MacNeill said. “We are a beach town, (and) we rely on maximizing July through September. We need to make as much money as we can in that time period to maintain our staffing through the lean months.”

The Maine Diner in Wells is so short-staffed that it is closed two days a week and stopped serving dinner. Derek Davis/Staff Photographer

Maine restaurants earned $1.3 billion in the first six months of the year, almost $16 million less than in the same period of 2019, according to Maine Revenue Services records.

Restaurant owners have to manage escalating food and material prices, competitive wages, plus any debt or back rent and mortgage payments they took on during the pandemic, said Greg Dugal, director of legislative affairs at trade group HospitalityMaine. Waning consumer confidence as coronavirus case counts and hospitalizations get worse add to business headwinds.

“All of a sudden, one or a combination of all those could put you in a position where you are losing money, not making money, even if you have lines out the door,” Dugal said. “People think restaurants make a lot of money anyway. Perception is different than reality.”

In a letter to congressional leaders last month, restaurant industry groups including HospitalityMaine asked for more money for the Restaurant Revitalization Fund, a grant program established by the American Rescue Plan Act passed by Democrats in March.

The $28.6 billion program ran out of money about three months after applications were opened, leaving hundreds of thousands of restaurants with no relief. In Maine, only 43 percent of applicants received grants, with over 800 requests totaling $183 million going unfulfilled. Dugal and others want to see those grants honored.

“We’re not looking for anything new – there was a carrot dangled out there and pulled back in,” he said.

The Maine Diner in Wells has been busy all summer, but owner Jim MacNeill has only enough workers to keep three-quarters of his tables open. “If someone calls out sick you are screwed,” he says. Derek Davis/Staff Photographer

Far from the busy eateries in Portland and the coast, Tamika Adjemian has worked herself to the bone holding everything together at Unity Kitchen, her hyper-local spot on Main Street in Unity.

Adjemian opened months before the pandemic hit. Because she didn’t have a long enough record of prior sales, she struggled to get any of the available relief money from Congress.

Instead, Adjemian took out a $28,000 personal loan and started selling market goods to stay afloat. But now with summer business dwindling and few Unity College students returning this fall, she feels like she’s running out of options.

“I don’t know what other way I can pivot to get through the winter and into next summer,” Adjemian said. “The pivot requires money, and I just don’t know where it is coming from.”

Adjemian applied for the Restaurant Revitalization Fund, which was supposed to set aside early money for businesses owned by women, minorities and veterans. But lawsuits against prioritization led to judgments against the policy, turning the fund to a first-come, first-served pool.

By the time Adjemian was pulling together records to prove her eligibility, the money had run out, even though she should have been one of the first applicants funded.

“We are very concerned, and I think there needs to be another round of really robust funding that is geared specifically for small businesses like mine, with fewer stipulations,” she said.

A bipartisan bill supported by Sen. Angus King, I-Maine, would add $48 billion to the restaurant fund, enough to cover the applicants that were not funded. The future of that proposal is uncertain.

“In communities across Maine, restaurants drive important economic opportunity, create jobs, and contribute to the local flavor of our state,” King said in a statement. “The American Rescue Plan took important steps to protect these businesses from the impacts of the coronavirus pandemic – but given the depth of need and the rise of the delta variant, more help is required.”

He worries about what the winter will hold for year-round businesses if there isn’t more relief. Getting back to where the industry was before the pandemic could take years, Forsley added.

“Coming into the summer, most year-round restaurants were operating at a major loss,” he said. “Everyone who goes into a Maine restaurant in July thinks it is booming, but going into the winter is going to be very difficult.”

Please check your email to confirm and complete your registration.

Use the form below to reset your password. When you’ve submitted your account email, we will send an email with a reset code.

Thu Sep 9 , 2021
As highly anticipated, State Street Market, the massive new food hall in Los Altos, officially opens its doors today, September 7. It’s the first food hall of its scope and stature to land on the Peninsula, and — boasting a tech visionary, award-winning design firm, and all-star lineup of chefs […] 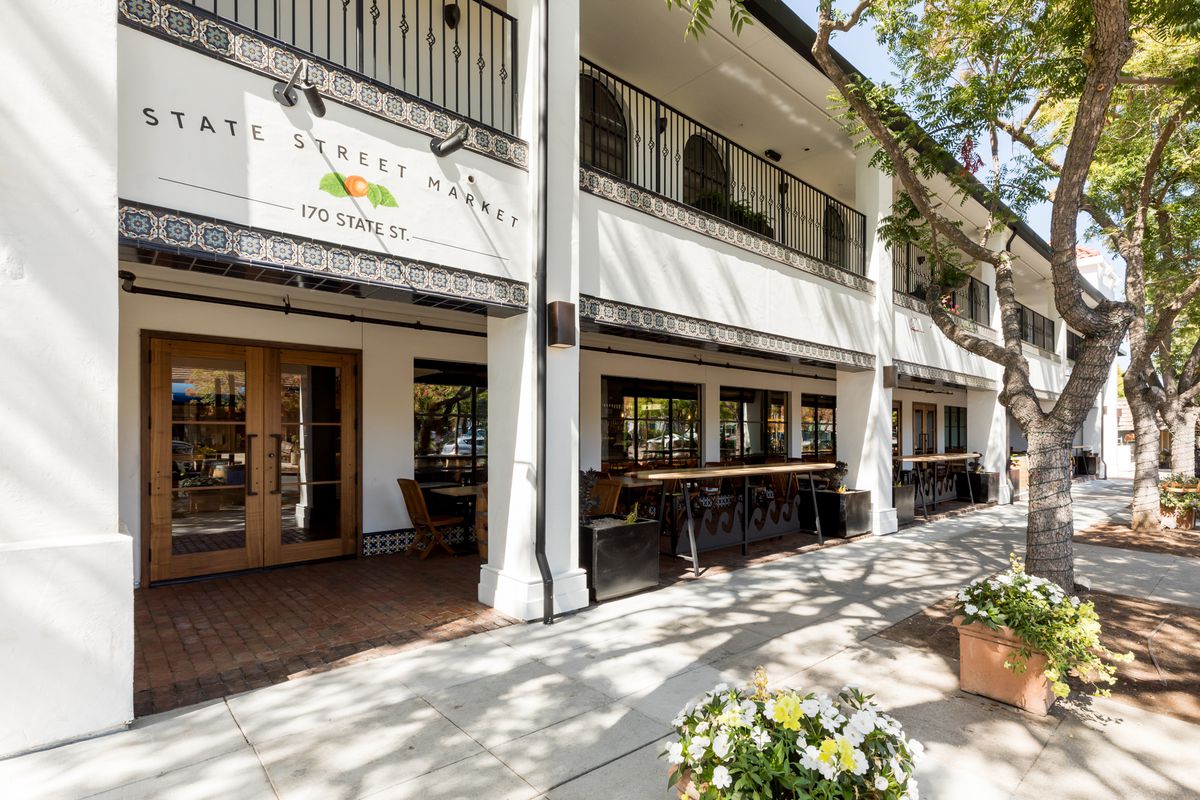