Listen to our daily briefing:

Jay Park has a dream. He wants to make Korean food as accessible to the American palate as Chipotle has made Mexican food.

He’s hoping to make that dream a reality through Park’s Food St., a food court that has been open since April. It features three restaurants serving Korean-fusion dishes under one roof in a food hall of sorts: Cupdak, which serves Korean fried chicken, chicken in a cup and sandwiches; Ramyun Time, which has a variety of noodle dishes and ramen; and Taco Park, with globally inspired tacos.

“There’s a lot of menus I want to try, and I want to introduce to the Raleigh-Triangle area,” Park said in an interview with The News & Observer. “I’ve always had big dreams about opening great brands, always including Korean flavor and Korean fusion.”

Park did not initially plan on a food hall when he searched for the building where Park’s Food St. is located. He wanted to focus primarily on founding Cupdak. However, when he saw the layout of the space, he was inspired to expand.

The restaurant consists of two dining spaces arranged around a central kitchen as well as an outdoor dining area.

Cupdak’s side of the restaurant is bright and airy and includes an alcove with another mural, placing customers above the busy highways and parks of Korea.

Lunch or dinner on the Cupdak side of the restaurant features a variety of options. Primarily, chicken in a cup over rice and veggies and wings, larger portions of Korean fried chicken, grilled Korean toast sandwiches, and burgers filled with coleslaw, kimchi, pulled pork or chicken.

The Ramyun Time and Taco Park side of the establishment is decorated with murals depicting a busy night in a Korean city. The customer feels as though he has left Raleigh for Seoul, South Korea.

In addition to providing great-tasting food, Park is dedicated to making his meals affordable.

“Running your own restaurant business is not easy; you have to have a passion,” Park said. “My passion is to make people happy by providing delicious food and a fun atmosphere.”

The food and interior of the restaurant reflect Park himself, a synthesis of American and Korean culture.

Park graduated from college in Korea with a degree in international trade and moved to the United States in 2010. He has always worked in the restaurant industry, whether living in Korea, Boston or the Triangle.

“At 17, 16 years old, I always worked in the kitchen part-time after school. That’s how I learned to cook,” Park said.

When he moved to Boston, he worked several jobs in the industry before launching a food truck with a partner. The truck, which specialized in Korean tacos, burritos and bowls, quickly became popular with customers, winning a food tournament on Facebook.

Park moved to Raleigh, hoping to find a location to keep his food truck open year-round rather than closing during the winter months. When he could not get the food truck idea off the ground, he established his first restaurant.

Park spotted a location near the Durham Veterans Affairs Medical Center, where he founded Itaewon Grill, a Korean-American fusion grill that allows customers to build their bowls. He has run the grill for a little over three years.

Park’s eyes light up when he describes his vision for the future. He sees the rise of Mexican cuisine in the United States as an example of what’s possible for Korean cuisine. He hopes to mirror the growth of restaurants like Chipotle.

“When Chipotle started 30 years ago, Mexican food was not as common as it is now; now Mexican food is America food,” Park said. “Korean food? Not yet. But in 30 years, I want Korean food to be like that.”

Aubrey Gulick is a rising junior at Hillsdale College, and a current intern with the Intercollegiate Studies Institute and The News & Observer. She has covered a variety of topics ranging from business profiles to election integrity. Aubrey is from Dayton, OH and is excited to discover and explore the Triangle area.

Thu Aug 5 , 2021
There’s no better pastime than testing out the coolest new skincare/makeup/hair trends and snazzy innovations in beauty tech from the comfort of your own home. That said, there’s nothing more frustrating than spending upwards of £100 on a new at-home facial system or snazzy pair of hair straighteners, only to […] 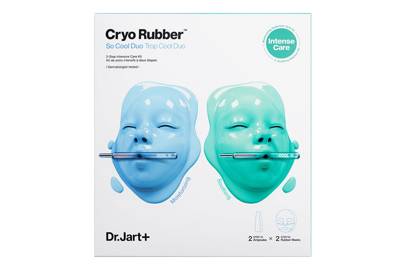