The words were impossible to find for the family of David Padro Jr. on Thursday, exactly a week after the 22-year-old was gunned down in Philadelphia during a fight.

He held on, shaking. The only thing keeping him upright were the outstretched arms of his loved ones.

Padro Jr.’s sister, Nivia Persaud, was among them. After a few minutes, she walked to the side, hugging anyone who approached her.

“I’ve been up since 4 a.m. this morning and this whole week has just been a blur,” Persaud told NJ Advance Media. “Me and my brother were inseparable, and I’ll always remember him as a goofball. Really, I’m just in a daze right now.”

Padro Jr. was fatally shot outside Pat’s King of Steaks in south Philadelphia in the early morning hours of July 22 amid a fight with another customer, according to police. Since the incident, Paul Burkert, 36, of Reading, and Jamie Frick, 36, of Newmanstown, have been arrested and charged in the fatal shooting.

The fight was over a parking spot, not a football-related dispute despite initial reports, authorities said. Burkert’s attorney, Chuck Peruto, previously told NJ Advance Media that he would argue self-defense for his client — a claim the Padro family has challenged.

But those in attendance Thursday at the viewing, which drew over 100 people, preferred to discuss Padro Jr.’s life rather than his tragic death.

As early as 8:30 a.m., despite the balmy day with intermittent rain, visitors arrived at First Baptist Church in Pennsauken. The church is in the town where Padro Jr. grew up and fewer than three miles where he was born in Camden.

It was clear from all who spoke that Padro Jr. loomed large. And not just because of his nearly 6-foot frame.

“My little brother wasn’t so little, but I was always the big brother. He always tried to help others around him often before helping himself,” Nate Padro shared in a message he asked to be read during the funeral.

Padro Sr. said his son was “very affectionate” and “loved to talk about how to make money and be an entrepreneur.”

An aunt shared that he played football and baseball in elementary school, always relishing an opportunity to spend time with his siblings and cousins.

Persaud said there wasn’t a shortage of photos of her brother to fill the funeral program, play on two screens during the proceeding or paste on white posters displayed at the back of the church.

In one, a newborn Padro Jr. smiled his “small but lovable smile,” as one uncle described it. In another, Padro Jr. — in his late teens — could be seen walking down the aisle with his stepmom at his sister’s wedding in 2018.

“He brought the light into every room he walked in,” said Travis Persaud, Padro Jr.’s brother-in-law.

The same wedding photo — of Padro Jr. in a black suit, shirt and tie — was shared in a GoFundMe campaign for the memorial service which exceeded its $15,000 goal in less than a week.

“I think this is the hardest thing I’ve had to do … he wasn’t just my nephew, he was my best friend,” said Padro Jr.’s uncle, Eli Martinez, during the service.

“David wanted to be a cop. He was an old soul and took responsibility even when he didn’t have to … whenever things were uncomfortable, he’d laugh. He’s probably laughing at me right now,” he said.

Anyone who wanted to share a message about Padro Jr., but not walk up to the mic, could write a cherished memory and place it in a jar for the family.

“One of my favorites was going to the Delaware River with him and we would just be there, crack jokes and listen to music while looking at the water,” she said. “I (also) remember this Fourth of July we didn’t have a car, so we walked almost all the way to the Camden waterfront and watched the fireworks together holding hands.”

As the more than two-hour ceremony came to a close, a crown was placed on Padro Jr.’s head.

The sounds of a soft piano gave way to pallbearers helping load the casket before it was taken to Dudley Grange Park for the balloon release.

More than 40 cars would join the procession, but not before a prayer.

“It’s moments like this when every one of us should reflect before God about where our lives are and know life is like a fog. … Today we’re here and tomorrow we don’t know where we’re going to be,” said First Baptist Church Pastor Nereida Ortiz in Spanish. “But this isn’t goodbye, we will carry David with us after today.”

Our journalism needs your support. Please subscribe today to NJ.com.

Steven Rodas may be reached at [email protected].

How farmers and scientists think about our food. 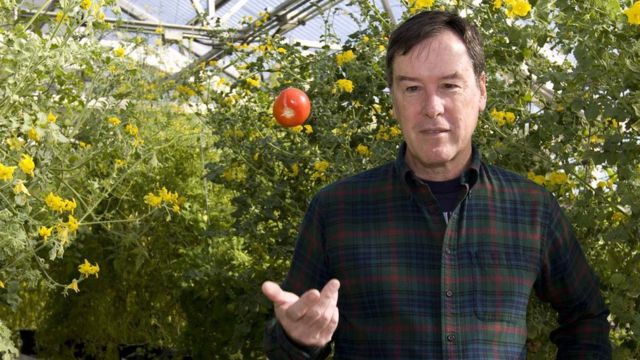