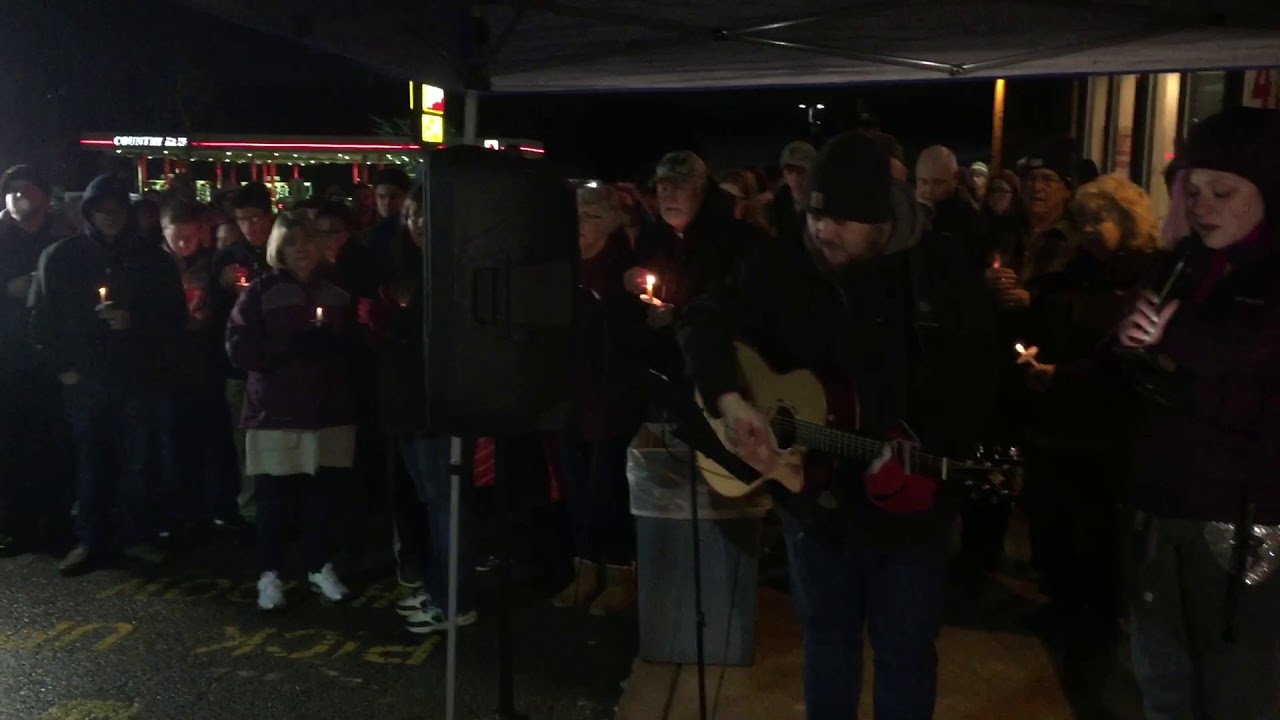 With the evidence against Markese D. Lampley piling up and his self-representation strategy coming up short, only one real uncertainty remained as a jury on Friday deliberated whether he was guilty in the fatal shooting of a manager during an attempted robbery at the Wendy’s restaurant near Edinboro in early 2020.

Was Lampley guilty of first-degree murder, a premeditated killing?

Or was he guilty of second-degree murder, a killing committed during a felony, such as a robbery?

The jury convicted Lampley, 21, of second-degree murder and all 14 other criminal charges against him.

The nine men and three women acted swiftly in finding Lampley guilty in the death of the manager, Alexander Cavanah, 22.

After hearing four days of testimony, they reached their verdict in about an hour and 15 minutes, including time for lunch.

Erie County Judge John J. Trucilla, who presided, had the verdict read at around 3:20 p.m., set sentencing for Aug. 18 and ordered Lampley returned to the Erie County Prison with no bond.

For sentencing purposes, first-degree and second-degree murder are the same in Pennsylvania. A conviction for either carries a mandatory penalty of life in prison with no parole.

Lampley is facing time in addition to the life term.

The jury convicted him of multiple counts of aggravated assault, robbery and other charges related to the other employees who were at the Wendy’s during the murder and attempted robbery inside the restaurant, off Route 6N outside Edinboro, shortly after 2 p.m. on Jan. 25, 2020.

Lampley was also found guilty of a slew of summary offenses, most traffic violations related to his flight from state troopers during a high-speed chase shortly after the killing.

Lampley, who had claimed he is a “sovereign citizen” outside the jurisdiction of the American justice system, shouted an expletive as he left the courtroom after the verdict. The remark appeared to be directed at the Erie County District Attorney’s Office and the Pennsylvania State Police, who investigated the case.

The lead prosecutor, Assistant District Attorney Jessica Reger, credited the state police for doing a “fantastic” job amassing the evidence in the case. She also praised Trucilla for his work on making sure Lampley understood the courtroom procedures as he acted as his own lawyer.

“There is always a chance it raises unique issues,” Reger said of a defendant representing himself in such a serious case. “From my perspective, I know I have my case to try. I focus on my case.”

Though he was convicted of all the charges against him, Lampley succeeded in one respect. The jury convicted him of second-degree murder rather than first-degree murder.

Earlier on Friday, after doing little to rebut the testimony and evidence against him, Lampley questioned whether the prosecution had shown that the killing was first-degree murder.

“They cannot tell you that it was intentionally done,” Lampley, representing himself, told the jury in his closing argument on Friday morning.

Lampley addressed the jury for less than five minutes, and he spent some of that time arguing that the District Attorney’s Office had failed to establish him as the shooter who killed Cavanah. He was trying to fight off Lampley when he was shot in the leg and back.

But the prosecution’s evidence that identified Lampley was overwhelming. It included Lampley’s admission of guilt in phone calls he made from the Erie County Prison and in a letter he wrote to a district magistrate after his arrest.

His own lawyer:‘You have no authority’: Defendant in Wendy’s killing defiant as opts to represent self

“My fate is in your hands,” Lampley told the jury. “It is your duty to judge me in the right way.”

Lampley’s closing argument, no matter how short, ended speculation of how much a defense he would raise after initially claiming that, because of his sovereignty, he would not participate at all in the trial, despite his self-representation.

For the prosecution, Lampley’s unorthodox legal strategy did nothing to derail its argument that Lampley was guilty of first- or second-degree murder.

With the verdict, the jurors said they declined to considered a charge of third-degree murder, an unpremeditated murder with malice.

Reger, who prosecuted the case with District Attorney Jack Daneri, told the jury in a 55-minute closing argument that Lampley indisputably committed second-degree murder because he killed Cavanah during the course of an attempted robbery.

Reger said a conviction for first-degree murder was more appropriate, however. She highlighted evidence that Lampley shot Cavanah twice during a struggle — once in the leg, which Reger described as a contact wound, and once in the back, when Cavanah was on the ground. The wound to the back caused Cavanah to lose an extreme amount of blood, causing his death, according to the evidence.

“It is in the back,” Reger told the jury of the second gunshot wound. “That shot is first-degree murder.”

Reger after the verdict said she respected the jury’s decision to pick second-degree murder over first-degree murder. “It did happen in a quick amount of time,” she said of the fatal shooting.

In a key piece of evidence, Lampley said he tried to rob the Wendy’s because he needed money for a real estate class, to get his general-equivalency diploma, to get the title for a BMW and to “take my baby mother” out to eat, according to the letter presented in court on Thursday.

In the letter he also said that he did not mean to kill Cavanah as Lampley tried to force another employee to open the restaurant’s safe.

“Things wasn’t meant to happen the way it played out,” Lampley wrote. “I didn’t mean to take his life.”

The District Attorney’s Office offered the letter as its final piece of evidence.

Lampley made no opening statement and presented no witnesses as part of the defense’s case, and he did not testify.

In his closing argument, Lampley tried to distance himself from the letter, saying “I got to tell these people what they want to hear.”

The other evidence against Lampley included eyewitness testimony, surveillance video, gunshot residue on his hands, cell phone location data and more of Lampley’s own words.

The prosecution alleged Lampley drove a motorcycle to the Wendy’s and afterward drove to his apartment on Old Zuck Road in Millcreek Township before trying to flee in a BMW. State police used spike strips to stop the car during a high-speed chase on westbound Interstate 90 later on Jan. 25, 2020.

In addition to discussing the killing in the letter, Lampley talked about the slaying in the phone calls he made from the Erie County Prison after his arrest. The prosecution played those calls on Thursday.

“I didn’t intentionally do it,” Lampley said in one conversation. “I didn’t plan this out.”

He also said of the shooting, “It wasn’t on purpose.”

Lampley’s strategy still appears to hinge on his bizarre claims that he is a sovereign citizen whose real name is Mileage Galor Bey and who is not subject to the authority of the American justice system.

Lampley, like other criminal defendants nationwide who have adopted the last name Bey, is claiming he is protected under a 1786 treaty, fully signed in 1787, in which Morocco recognized the newly independent United States.

Lampley has indicated that he might appeal his case based on his sovereignty claims, which Trucilla has rejected. Lampley has said he did not want his privately retained lawyer to represent him because a lawyer is a member of the legal bar, which is part of a government that Lampley said has no authority over him.

Lampley cross-examined several prosecution witnesses including his own mother. But he did not cross-examine the state trooper, Cpl. Adam Blashock, who entered Lampley’s letter into evidence from the witness stand on Thursday. Blashock was the lead investigator in the case.

Lampley wrote the letter to McKean District Judge Denise Stuck-Lewis in advance of his preliminary hearing in February 2020. Though a district judge’s main role in a criminal case is to preside over a preliminary hearing, Lampley asked for leniency from Stuck-Lewis, as if she were to handle his trial and sentencing.

At the time, Lampley wrote in the letter, he was suffering from “depression, family neglect and a lot of drug abuse.” 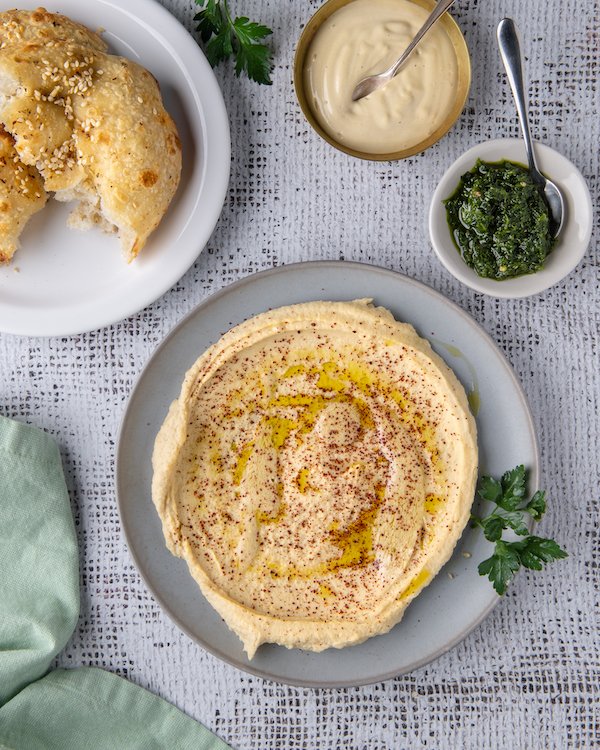