The retail product – which has “slightly lower saturated fat, more protein, and a little bit more sodium​” than the restaurant version – is made with soy protein concentrate, ​wheat flour, sunflower oil, soybean oil, and corn starch, and like other Impossible Foods products, is fortified with vitamins and minerals including zinc (25%DV) and B12 (60%DV).

Unlike Beyond Meat’s new chicken tenders​,​ Impossible Nuggets don’t contain titanium dioxide, a whitening agent that’s approved as a color additive exempt from certification​​​ ​​in the US, but has attracted more scrutiny lately after the European Food Safety Authority said it “can no longer be considered a safe additive​​​.”

“Our technology platform allows us to recreate animal products across protein categories that outperform the animal versions in every way.”​

Beyond Meat, meanwhile, has just launched pea-, and faba bean-based tenders in selected US restaurants​​ and nuggets in the Canadian retail market​ ​(with A&W Canada); while Lightlife Foods (Maple Leaf) recently upped the ante with plant-based chicken fillets; meat giant Tyson has entered the fray with Raised & Rooted nuggets; private label ranges are beginning to pop up from players including Target (Good & Gather) and Kroger (Simple Truth), and a wave of new players has recently entered the market including Livekindly, Alpha Foods, Daring Foods, NUGGS (Simulate), and Nowadays.

VFC – a fried chicken brand co-founded by Veganuary and Veg Capital co-founder Matthew Glover — is also gearing up for a move into the US market.

Dr Pat Brown: ‘When you cross that threshold and familiarity, the adoption curve will be fast…’

San Francisco-based Impossible Foods​​ entered the foodservice market in 2016 and made an aggressive push into retail in 2020. It does not disclose revenues, but is now in around 22,000 grocery stores and 30,000+ foodservice locations across the US, Canada, Hong Kong and Singapore.

The firm – which has a stated goal to “produce a full range of meats and dairy products for every cultural region in the world” ​​– ​​​is best-known for its plant-based beef, pork, and now chicken. However, it is also working on steak, seafood, and eggs, and ​has​ teased​​ a plant-based milk product claimed to be “better than anything that comes from a cow.”​​

Although plant-based meats currently account for just 2% of the market, and the conventional meat industry continues to grow, Brown told delegates​​​ at the recent Future Food Tech alternative proteins conference that he remains “very confident that in five years, there will be beef, pork and chicken products made from plants that in the perception of mainstream consumers are more delicious, more nutritious, and more affordable than the slaughterhouse derived products that are available today. ​​​

“And when you cross that threshold and familiarity,” ​​​he predicted, “the adoption curve will be fast…”​​

Based on a preliminary life cycle assessment of the product, Impossible Chicken Nuggets use 48-49% less land, 43-44% less water and generate 36% less GHG emissions than the animal version, claims the company.

Sat Sep 11 , 2021
At-home spa treatments like gel manicures, LED and cryo facials and foot massages are available with innovative personal care products. Recreating a spa treatment at home requires a little more than Epson salts. For facials that make a real difference, gel manicures that can be done at the kitchen table, […] 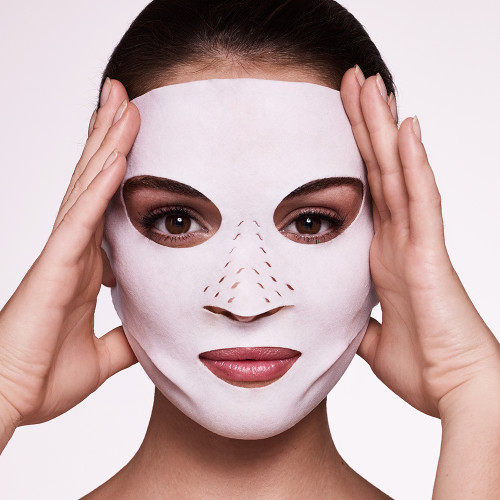