“Functional foods, natural health products and dietary supplements all provide a myriad of bioactive compounds that promote health and reduce disease risk. These include phenolic and polyphenolic compounds that offer antioxidant and other effects as well as omega-3 fatty acids that are important for their essential roles throughout different stages of life. While these effects are well documented, discrepancies often exist between in vitro and in vivo results. Factors such as incomplete extraction of bioactives, accounting for their metabolites and issues related to structural features of the molecules involved as well as their absorption and bioavailability all may need to be taken into consideration,” Shahidi said.

Shahidi is internationally recognized for his outstanding and pioneering contributions in nutraceuticals and functional foods, particularly in food lipids and natural antioxidants. His research has advanced both basic and applied food and lipid science and technology and what we know about antioxidant phenolics.

One of his first major contributions to the understanding of fats and oils was formulating nitrite-free meat-curing systems. He discovered the pigment responsible for the color of cured meats was actually mononitrosyl ferrohemochrome rather than a dinitrosyl compound as was originally thought. He further confirmed that this pigment has its own antioxidant potential and is able to, together with other cure adjuncts, confer a similar quality to treated meats and mimic the multifunctional role of nitrite in cured products.

For almost 30 years, Shahidi has concentrated on the role of omega-3 fatty acids and marine oils in combatting degenerative diseases. His recent findings have revealed that conjugation of highly unsaturated fatty acids found in marine and algal oils with epigallocatechin gallate, the main catechin in green tea, can fully arrest colon cancer in a mouse model and reverse tumor growth in human lung cancer. 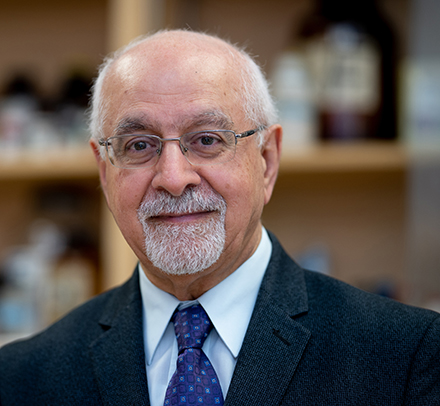 Shahidi currently is a University Research Professor in the Department of Biochemistry at Memorial University of Newfoundland. He is among the most highly cited scientists in the areas of food, nutrition and agricultural sciences and holds a dozen patents for his development of alternative meat-curing systems as well as green tea catechin derivatives and methods of their use.

Among his many honors and awards are being elected Fellow of the American Chemical Society (ACS), Royal Society of Chemistry and Institute of Food Technologists (IFT); Millipore-Sigma/Nicholas Pelick (Supelco) Research Award of the American Oil Chemists’ Society (AOCS); and Stephen Chang Award from both AOCS and IFT. He is currently chair of the Scientific Council of the International Union of Food Science and Technology and editor in chief of the Journal of Food Bioactives and the Journal of Food Production, Processing and Nutrition. Shahidi founded the International Society for Nutraceuticals and Functional Foods.

Hendricks contributed to many diverse scientific disciplines, including plant physiology, soil science, mineralogy, agronomy, geology, and chemistry. He is most frequently remembered for discovering phytochrome, the light-activated molecule that regulates many plant processes. More information about the Sterling B. Hendricks Lecture is available at www.ars.usda.gov/research/lectures/hendricks/.