Burgerville announced Tuesday it is temporarily closing its restaurant on Southeast 92nd Avenue in Portland. The Vancouver-based fast-food chain cited increased crime and vandalism related to a nearby homeless encampment as the cause for the closure. The restaurant in the Lents neighborhood has made news before. It was the first Burgerville to unionize several years ago — a historically difficult feat in the fast-food industry.

“While it saddens me to temporarily close this Burgerville, I will always put the safety and security of our employees first. All employees from this restaurant will be offered positions in other nearby locations,” said Burgerville CEO Jill Taylor in a written statement.

“This comes as a complete shock to the union. This has never been hinted at,” said Mark Medina with the Burgerville Workers Union. “We meet with the company regularly and we were completely blindsided by this.”

The union scrambled to speak with employees from the store, where Medina said he worked until being laid off in March 2020. Their reports were still coming in through the day.

Medina said the nearby houseless encampment, close to a MAX station, was “significant” in size. But he also said he met regularly with workers from the restaurant, who didn’t flag conflicts with the nearby camp as a serious issue.

“It’s incredibly curious that this would be the issue to shut down the first unionized fast-food location in the company. And a flagship for the union,” he said.

The media statement from company leaders emphasized that they don’t intend for the Lents location to close permanently.

“My hope is this will be a temporary closure, and that we can work with the leaders in Multnomah County, the City of Portland, and the State of Oregon to improve conditions in communities throughout the Northwest,” Taylor said. “It is not just Burgerville. Other businesses are being impacted too. There is a humanitarian crisis happening throughout our region, and we need to come together around solutions.”

Portland residents and businesses have struggled with the rise of homeless encampments in a city desperately short on shelter and affordable housing. While the city plans to open six outdoor shelters for people experiencing homelessness, it has also swept encampments from places such as Laurelhurst Park.

Burgerville said it hired private security in December, as conditions in the neighborhood deteriorated. But the situation worsened. A spokesperson for the company said employees found weapons, drug paraphernalia and human waste on the property and that police were called regularly — though, they said, no police reports were filed.

Employees did not receive advance notice of the closure but were instead notified Tuesday, according to the company. Employees who were scheduled to work did, the company said, mostly cleaning the restaurant. Burgerville reiterated that employees would be offered positions at other locations.

“I can assure you under no circumstances is this union-busting. This is putting the health and safety of employees and guests first,” said the company spokesperson, who declined to be named.

Medina said the Burgerville Workers Union plans to charge the company with an unfair labor practice by filing a complaint with the National Labor Relations Board. He said unilateral changes to working conditions are not allowed during contract negotiations.

Burgerville said it hadn’t decided how long the store would be closed or under what conditions it would reopen. 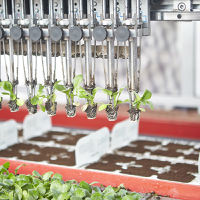